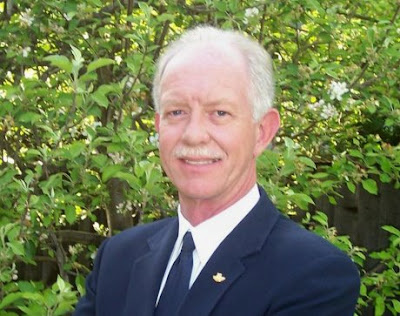 I wonder if they’ll give Captain Sully his “Broken Wing” award. It’s a special aviation award for safely landing a disabled aircraft.
As you are aware, Chelsey B. “Sully” Sullenberger III is the pilot who saved the lives of 155 passengers of US Airways Flight 1549, when he safely landed the large jet in the Hudson River.

First of all, I like his name. It sounds as if he could be an English butler. From what I’ve read, he is a fine man who has dedicated his life to flying and flight safety.

Last week, that lifetime of training became reality in the short five minutes that US Air 1549 was aloft. After losing both engines due to a collision with a flock of geese, he belly-landed the plane in the river. In a tense time where life and death hung in the balance, Sully was “The Man.” He got the job done.

In the many interviews and news items after this “Miracle on the Hudson, a comment by Sully’s wife caught my attention. She said, “Sully and I often fly commercial. When the flight attendants are giving their safety talk on exits and procedures, he always gets the card out of the seat back and listens closely to their instructions.”

I thought how most flyers, like me, ignore the demonstrations with our head buried in a newspaper or book.

However, Sully spent his life in preparation. He had the discipline to listen—even when he knew the drill.

He’s a hero and he’s a role model. A lesson to me that we can spend an entire life preparing (or ignoring) for that five minutes when it all becomes real.

Captain Sullenberger had studied and prepared. When the exam came, he was ready and it saved his life, as well as the lives of over 150 others.

I have several flights coming up soon, two of them long international jaunts. I promise that I’m going to study those exits and listen about “the life preserver under your seat.”
As I listen, I’m going to say “Thanks Sully. You’re the man.”

There’s another man I want to tell you about. I’ve never met him either. He is helicopter pilot Edwin Steve Coleman, and I bet he and Sully would like to compare notes. The following story tells why.

Coleman, a U.S. Army Chief Warrant Office has done something very few pilots have done: He has won the Broken Wings Award twice. To win this medal, a pilot must safely bring a crippled aircraft. The problem cannot be pilot-caused and the pilot must get the machine down with minimal damage to property and life.

Coleman first won the award eighteen years ago in Czechoslovakia, but that is another story for another day. I want to tell you how he won his second Broken Wings in 2006 over the skies—and among the piney woods of Louisiana.

Anyone familiar with helicopters knows that engine failure normally results in horrific crashes, usually accompanied by fatalities. Landing a “dead copter” is a deadly undertaking.
From an article in the January 2007 Beauregard Daily News, Officer Coleman explained. “When something does wrong, you have to keep the rotors moving in order to have any control. Due to our low height of 400 feet and our speed of 40 knots, there was no time or room for error.”

This is when his training kicked in. He stood on the brakes to make the aircraft stand vertical on its tail. As gravity took over, he was able to negotiate the controls and maneuver the copter toward a small clearing.

Before impact, he told his co-pilot, “This is going to hurt.”

The landing was rough, but neither pilot was injured and the helicopter suffered little damage.
What happened next as the dust cleared and the rotors stopped turning is why I love this story. The two men looked in relief and amazement at the small clearing surrounded by tall pines. As they looked at each other, the younger co-pilot reached across the cockpit, shook Officer Coleman’s hand and solemnly said, “You are the man!”

You are the man. That says it all.

It’s the term we want those around us to say.

Most of all, we want our family to say it honestly to us.
You are the man. You are respected. Esteemed.

John Avant, pastor of West Monroe’s First Baptist Church, uses this life motto, “To be a man that God can use, and be respected by my wife and children.”
That says it all—you are the man. If God can use you, and your family holds you in respect, you are the man.

What others think—and say—pales in comparison if your Creator and family are pleased.
Conversely, for a man to be esteemed at work or in the world, but not by those closest to him—who know him best—that man is not a success.

Even more importantly, to be usable by God and seeking to please Him is the best success of all. It has nothing to do with being chauvinistic or domineering. Rather, it’s about servant-leadership. The towel-toting, foot-washing, life-sacrificing kind that Jesus lived.
Yes, Chief Warrant Officer Edwin Steve Coleman was “the man” in the skies above the Louisiana piney woods. He was a pilot who knew what to do.

I thought about him and his story last week when they started road construction on the highway we live on. The paving company has a vehicle with a large sign atop it reading “Pilot Car—Follow Me.”

To control the traffic flow through the construction zone, cars must follow this lead vehicle. As I put my truck in gear, I obediently followed in the pilot car’s exact tracks as it dodged potholes and meandered around equipment.

The inference is “I know what I’m doing and I know where I’m going, so follow me.”
Kind of like being in the cockpit with Captain Coleman.

The pilot car reminded me of what I am as a man. Others—my family, younger people, and those in my community are looking at my life. Whether I want to wear the sign or not, my life says, “Pilot Car—Follow Me.”

That thought is scary. Whether I lead right or wrong, someone is following me. Therefore, I had better lead in the right way.

That pilot car on Highway 394 leads a trail of vehicles past my house. I bet if it veered off the road shoulder at Mill Bayou and plunged into the creek, some of the vehicles would follow dutifully. And as their car bogged down in the mud and water, they’d holler out the window, “It said, ‘Pilot Car—Follow Me.”

As a man, I’m in the driver’s seat on the pilot car, whether I want to or not.
I hope I’ll lead, drive, and pilot in a way that those behind me, as well as in the cockpit with me, will say, “You’re the man.”

I’ll end this story with a short prayer. A prayer from the heart of the man writing this.
“Jesus, you’re the real Man. If you don’t lead, I can’t lead. Teach me to lead. Lead through me. Amen.”