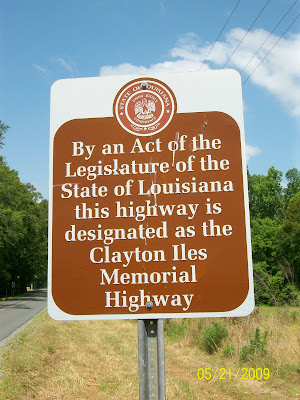 I was recently asked by the East Beauregard Elementary Student Council to write a short bio about my dad, Clayton Iles. These students adopted a stretch of Louisiana Highway 394 named in memory of Daddy.

Daddy worked with youth for his entire life. He enjoyed young people and was committed to teaching them about God as well as having fun.

Last Sunday I spoke at a local church and visited with Wendy, one of his former youth. She told me, as she sat with her husband and children, “Your daddy was the biggest influence in my entire life.”

Over the years, I’ve talked with many former teenagers like Wendy and have proudly told them, “Daddy was the same at home as what you saw at church. His faith was real and consistent.

Clayton Iles worked as a surveyor with the Highway Department for thirty years, then for the next ten years, he served as legislative aide to Senator James David Cain.

However, those were his “jobs.” His calling was always to help people and he spent his entire life doing just that. At his wake six years ago, a long line of mourners stood out into the street to pass by and pay their respects. I stood beside his casket for four hours and was privileged to hear their stories and anecdotes about his life.

Daddy was a load of fun and had a keen sense of humor.

Although no one would believe it, he was indeed the famous “Sign Phantom of Dry Creek.” For about 15 years, he kept our community and travelers laughing with his signs.Recently, several folks have reminded me of their favorite sign during the 1976 Swine flu scare. “We ain’t gonna give our hogs no flu shots.” 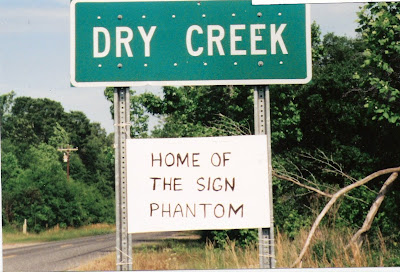 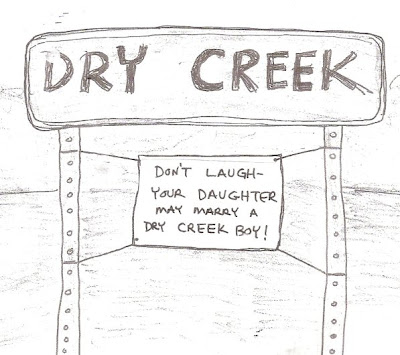 The “Don’t laugh” sign will always be my personal favorite.

Many people associated my father with his music. He had a neat baritone voice and was never shy about singing in public. (His motto was, “If you’re asked to sing, you should get up and sing.”) His favorite songs were “The Wayfaring Stranger,”“I Will Arise and Go to Jesus,”“Folsom Prison Blues,” and “Sixteen Tons.” He especially liked ballads and had very eclectic tastes. Once he and I went to see Hank Williams, Jr. and Lynyrd Skynyrd in concert, and this was another example of his varied musical tastes. 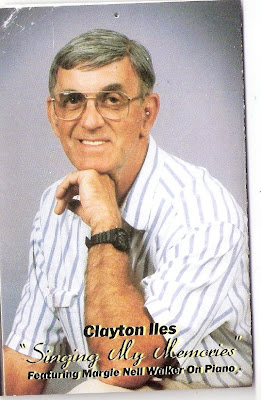 I encouraged him to make an album, and he made two. This is the second one.

Daddy was a tremendous athlete, having been a state champion hurdler. His primary sports love was softball. He played softball until his mid-sixties and could still hit and run.Some of my favorite memories are of playing and watching sports with him. 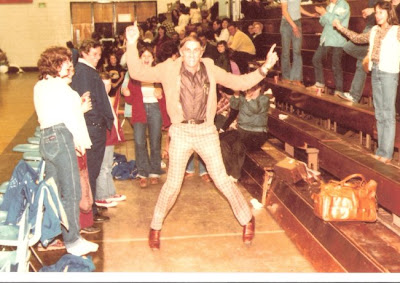 He was an enigma in many ways. He could be quiet in a crowd and comfortable being in the background. Then he might stand up and do something like his famous dance. He was very specific about when he’d do the dance– it had to be after a momentous event. The picture above is after a big playoff victory by my sister Claudia’s basketball team. (Coach Herman Hill stands behind Daddy.) I cannot describe all of the acrobatics of his unique celebration, but it was unforgettable to say the least.

The other time he’d do the dance is when he hit a home run in softball. I’d just shake my head and laugh when he performed it at home place, saying, “That’s just my daddy.”

Clayton Iles was a wonderful husband and father. My two sisters would agree that we never saw Daddy be ugly or mean to our mother. He gave each of us a foundation to build on, and for that, we’ll always be grateful.

Senator Cain insisted on the highway being named as “Clayton Iles Memorial Highway.” We laughed about it because Daddy would have hated it, never being one to like publicity or recognition. He did what he did simply because of his love for people.

Finally, my daddy was a rich man. Not in a financial sense—he tried to give away much of his own money to others—but he was rich in the things that really matter:friends, family, faith, and good deeds.

His name was Clayton Iles, he was my father, and for that, I’m grateful. 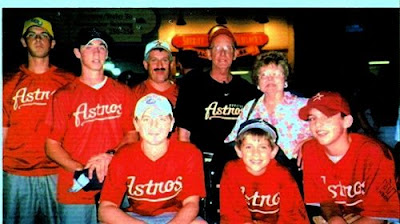 My parents on one of our last family trips to see the Astros. Daddy had lost his hair during chemo.

I write to have influence and impact through well-told stories of my Louisiana and African sojourn.
@curtiles
Previous The Sign Phantom of Dry Creek
Next Terry marries Sara