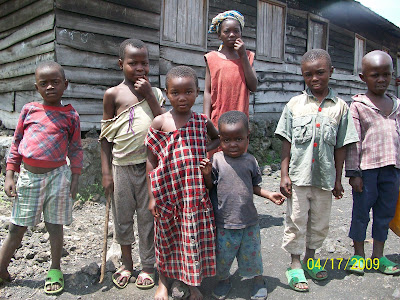 The children of Goma 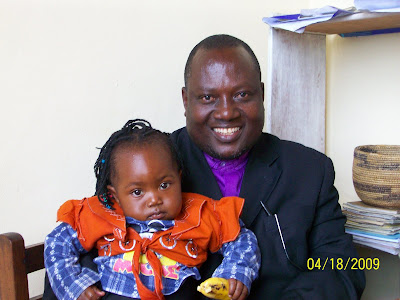 I’ll be adding photos in the coming days.

(Above)
Pastor Habimana Athanase and his granddaughter, Lovely. Pastor Habimana is the leader of a strong fellowship of over 80 Baptist churches in the city of Goma, Congo. 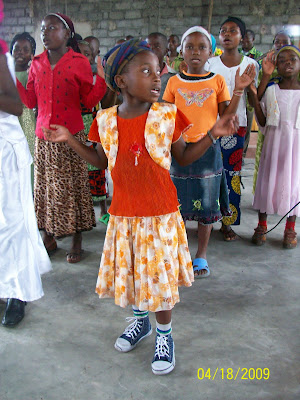 My favorite picture of the trip. This “singer in sneakers” was part of the children’s choir in the church I preached at on Sunday. The church had four choirs that sang. It was a day to remember as we worshipped with our African friends. 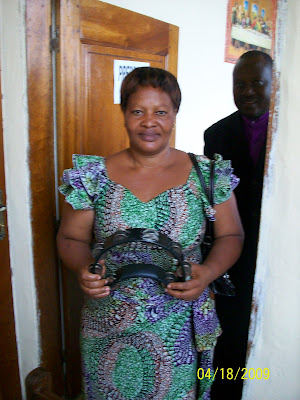 I traded my tambourine for an African shaking box. The tambourine had been me in Central America, South Africa, and an Irish pub, but now it’ll stay in the Congo. 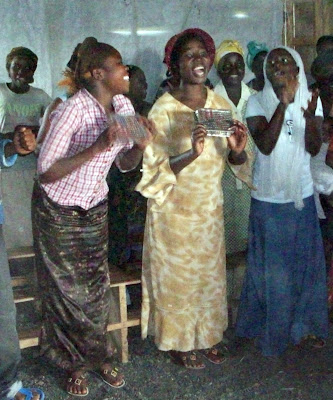 Three sisters shaking their shakers. (Try saying that three times in a row.) 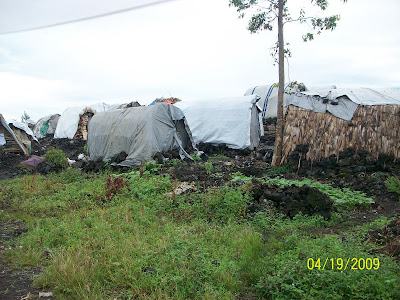 There are about six IDP camps outside of Goma, Congo “housing” an estimated 300,000 persons. The UN designates “refugees” as those crossing a national border for help, while IDP
s are those moving within the borders.

These two groups are treated differently on regulations and aid.
Basically, the camps consist of thousands of crude shelters as those seen above.
Water and toilets are supplied at central locations.

The military/political situation in Eastern Congo is very complex. Here it is in a nutshell.
Rebel armies, consisting of several Rwandan factions (from both the Tsutsi and Hutu tribal groups) are imbedded in the mountains surrounding Goma.

In addition a Congolese militia called the MaiMai are also active.
Mix in two more groups: the Conglese army and an United Nations peacekeeping force and you have the formula for confusion and conflict.

Goma City has been occupied by five armies over the past decade and its future status is always unsure.

The fighting is an outgrowth of the Rwandan civil war/genocide of 1994 and a desire for the rebel armies to control the vast mineral wealth of the mountain areas.

Please pray for peace for this troubled region.
Many of the pastors we worked with are risking their lives by going into the mountains to witness to the Rebel groups.

Additionally, we met pastors and church members in Goma, who were forced to flee their homes and churches because of fighting. Most of the time, they will return to charred homes and destroyed crops.

Because farming is so important to rural Africans, crop destruction or even the possibility that they’ll not be able to harvest their crops, leads to famine and sadness.