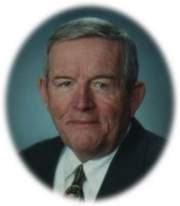 And he was my sheriff for all but sixteen of those years.

There have only been three parish sheriffs in my lifetime.

When he retired, a banker, Bolivar Bishop, was elected. For the next nine terms—a total of thirty-six years, he was our sheriff.

And always will be.

I’ve studied leadership all of my life. It’s fascinating to look at effective and long-term leaders and try to dissect their success.

I was always intrigued with Sheriff Bishop’s leadership style. He preferred to be in the background. He surrounded himself with able deputies and administrators and then got out of their way and allowed them to do their job.

Unassuming and reserved, he still gave off an aura of power and control.

Like Sheriff Gary Cooper in “High Noon,” he was a man of few words.

In my years of knowing him, I only saw him wearing a gun once.

Parish officials and shelter personnel had met all of that week preparing for the storm. On the day before landfall, it became painfully obvious the hurricane had drawn a bead onSouthwest Louisiana.

The next day—Friday—everyone met for a 10 am meeting at the sheriff’s office. There was a buzz and tension in the room that could be felt.

Glen Mears, the sheriff department’s emergency management director went over the last minute planning and many questions posed by those assembled.

Deputy Mears motioned to the back of the room. “Sheriff Bishop, what would you like to say?”

Bolivar Bishop stood and said that everyone had planned well and we were going to be fine. He promised there would be no Katrina-like looting here in Beauregard.

And then he quickly took his seat.

However, I saw he was wearing a sidearm. I told the man sitting by me, “I’ve never seen the Sheriff with a gun.”

He shook his head. “Neither have I. This is serious.”

When the meeting ended, I walked by the sheriff and two of his grandchildren came in through the back entrance. I heard one whisper excitedly, “Look. Papaw’s got on a gun.”

They were just as surprised as we were.

I only saw him wear a gun once.

However, I had great confidence in his leadership for over 13,000 days that he was sheriff of Beauregard Parish.

And he’ll always be my sheriff.