“Don’t do it Wolverine!” 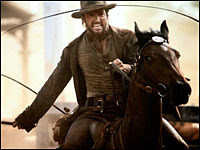 Hugh Jackman in “Australia”
“Don’t do it, Wolverine.”

In November, I was listening to a NPR interview with actor Hugh Jackman.

Now I’m not very hip and haven’t seen Jackman in his “X-Men’s” role as Wolverine, the superhero.

However, I did enjoy the character he played in the recent, “Australia.”

In the above mentioned NPR story, Jackman told of playing a gay character in an off-Broadway play. In one scene, just as he embraces and leans in to kiss another man, a leather-lunged audience member yelled out, “Don’t do it, Wolverine.”

It brought the house down.
And stopped the show. 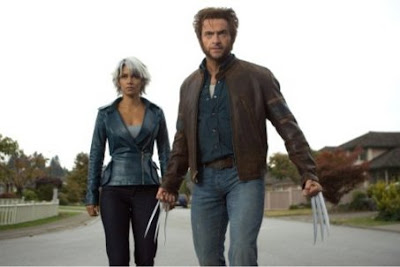 I have a Facebook-related story that shows how out of touch a person my age can be.

When I signed up for Facebook last year, I carefully completed all of the bio and checked items for the profile.

After I’d been part of Facebook for a few months and so proud of being a “high tech redneck”, I got a phone call from my daughter-in-law Amanda. The conversation went something like this:

“Bro. Curt, I visited your Facebook page and enjoyed it. (Snicker)”

“But you do have a little problem.”

“When you answered the question on ‘Are you interested in…. ‘ you checked “Men.”

I stammered. “Well, it had men or women. I’ve been faithfully married to DeDe for nearly thirty years, so I’m not looking for another woman.”

“But when you checked men, you…”

“But Bro. Curt, you don’t understand.”

And I didn’t until she made it clear about ‘my choice.’

I hung up the phone, went to my profile and changed it pronto.
I had no idea you could leave “I am interested in” blank.

I write to have influence and impact through well-told stories of my Louisiana and African sojourn.
@curtiles
Previous Book Plates and A Good Place
Next The Clearcut