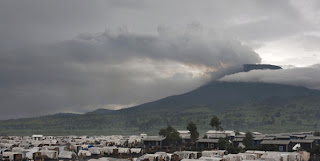 In Defense of Hillary

My blog is not a political site. There are plenty of good blogs of that type available.

My writing is more about being a good news reporter with stories of the common people who make the world better.

So why in the world am I stepping on the land mine of not only mentioning Hillary Clinton, but actually defending her. Here’s why: She deserves a pass on her now infamous remarks at a press conference yesterday in Kinshasa, Democratic Congo.

If you haven’t seen the clip, you can view it by clicking here.

Mrs. Clinton, in her role as U.S. Secretary of State, is in the midst of whirlwind tour of Africa.

A question was “mis-translated” (*a good story on that later) and offended her concerning its implication of asking for “Mr. Clinton’s opinion” of a recent huge Chinese loan to the Congo.
The student asking the question asked about “Mr. Obama’s opinion” but that’s not the way it was passed on to her.

You can see for yourself on video that it was not her best moment. It obviously ticked her off.

However, I want to offer a defense.

The video obviously shows someone having a bad hair day. Literally, you can see the results of jet lag on her face, in her hair, and body language. Only those of us who’ve traveled throughout Africa understand the challenges of airports, time zones, surprises, electrical outages, and no hot water.

Today, (Tuesday, August 11) Secretary Clinton bravely flew to eastern Congo to the city of Goma. It’s the epicenter of an ongoing civil war commonly called “Africa’s World War.” It is such a dangerous area that she didn’t fly in on her U.S. jet, but hitched a ride on a UN plane.

To read about Goma and Clinton’s visit there.

I was there in April, but I didn’t fly in either. We were told it was too dangerous. So instead of flying from Kinshasa to Goma, we flew through Kenya to Rwanda and drove across the border to Goma.

While there, I watched the UN planes come in low from the mountains over Lake Kivu for quick landings at Goma. I’m glad she made it fine and I’m glad I wasn’t on the plane.

As her plane came in, I’m sure Mrs. Clinton saw the smoke flume from Mt. Mount Nyiragongo, one of five active volcanoes that periodically erupts lava on Goma.

Hillary Clinton was there to visit the Displaced Person Camps outside Goma. It is where hundreds of thousands of Congolese are staying while rebel armies fight in the mountains. It is a sobering sight to see what conditions these people live in and hear their stories.

One of the main subjects she addressed was the stigma of rape against women as a tool of war in Africa. It is a subject that burns into any compassionate heart.

I’ve now been in several war-torn areas ranging from Ethiopia (Civil War 20 years ago) to Rwanda (Genocide in 1996) to Congo (ongoing) and Liberia (decades long war ended five years ago.)

The two things that horrify me about African war are these: First, the systematic rape of women and girls. Second, the prolific use of child soldiers by rebel armies. Either of them is terrible. In tandem, they are despicable and tear at the very fabric of any country.

I do not understand why and how soldiers choose to use rape as a tool of terror. My understanding is that it is used as a tool to maim, terrorize, and destroy.

Much of Central and Western Africa’s wars have been about control of land and territory. Whoever controls the gold mines, diamond fields, iron ore deposits, or rubber plantation controls the money needed to buy arms and carry on war.

To seize land, you must drive out the people. Using rape against females and capturing teen and preteen boys as soldiers is an effective way to get people to flee. The fortunate ones make it to the squalor of the camps built on volcanic rock near Goma.

The unlucky ones don’t. In African society, a rape victim is often rejected by her husband, family, and even village. Many times their injuries are so horrific to scar them for life. It’s not a pretty picture.

That’s what Hillary Clinton is in Goma about. Urging the people of the Congo—and Africa—to rise up against this dehumanizing kind of war. To call for the arrest and full prosecution of those condoning these deeds.

I firmly believe the destiny of Africa rests in the hands of Africans. Especially young Africans. It’s not the job of Westerners to “straighten out” Africa. We have a pretty sorry track record there.

However, it is our responsibility as Americans to encourage and help in any ways possible. That’s what Hillary Clinton is doing there. Whether she’s of my political party (she’s not) whether I voted for her (no) doesn’t matter today. She’s trying to help make the world—specifically Africa—a better and safer place.

Because of that, she’s on my side, and I’m on hers for this.
So cut her some slack on flying off the handle in the Congo. It’s easy to get confused (and humbled) in another culture and continent.

It’s also probably frustrating to be asked in twenty-eight tribal dialects about “your husband’s success in going to North Korea” when you’re working hard in Africa. (A lifetime of answering questions “About Bill” could also be a credible defense in addition to jet lag in getting bent out of shape.)

As my old uncle used to say, “Cut her some slack on the plow rope.”
It ain’t never easy in Africa. That’s why the acronym “T.I.A.” is so well known: “This Is Africa.”

It’s a place I love.

I met Ahmed in the west African country of Liberia. He is a gifted teacher at the school we recently worked in. As my wife and I got to know him, he told his story. Passionately, but without bitterness, he began by pulling his shirt aside to reveal a large burn scar on his shoulder.

“The rebel army came to my village and grabbed all of the young men. They were going to make child soldiers out of us. I told them, ‘Go ahead and kill me, but I won’t be a soldier.’ I was surprised that they didn’t shoot me.

“Instead they took me with the others. When a battle broke out, they used me as a human shield. A soldier knelt behind me, firing his AK-47 over my shoulder. That’s how I got the burn—the barrel got that hot. It was also a long time before I could hear out of that ear.

“I fell to the ground and heard their voices.
‘Go ahead and kill him.’
‘No, he’s already dead. Leave him.’ 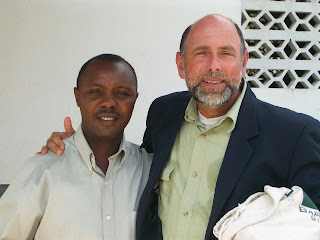 Ahmed somehow survived the war. As stated earlier, he was one of the fortunate ones. Many others of his age died in the war. Others who fought and lived through the war are scarred by what they were a part of. You can see them roaming the streets of Monrovia.

Ahmed is now a teacher in what is arguably called “The best school in Liberia.” He’s part of rebuilding his country where rebuilding always takes place: in the hearts and minds of students.
An imparter of knowledge, reconciliation, and restoration.

My observation is this: The future of Africa depends on the life-changing power of God in people’s hearts, the education of the young, and the strengthening of healthy families.

My friend Ahmed is part of all three of these keys to the future.
It’s a future we must believe in.

Only someone who has spoken using an interpreter can understand the challenges and fear. Here is a neat story from our recent Congo trip.

I sat by my friend Bill, as he got ready to speak in a church. Just before the message, the Congolese Christians danced and sang with such joy for long time of music. These folks- victims of a war and much else—were poor but had a joy that cannot be bought or taken away.

With their drums, dancing, clapping, and singing, their joy filled the small plastic-sheeted dirt-floored church. As Bill stood to preach, I whispered to him, “Son, if you can’t preach after that, your wood’s wet.”

He laughed and stood beside John, his interpreter.
When Bill started, I knew he was in for a rough beginning. “Folks, I loved that singing. If you can’t preach after that, your wood’s wet.”

John, who was very proficient in both English and Swahili, looked quizzically at Bill.

Bill repeated himself. A little slower and louder. “If you cannot preach after that, your wood is wet.”

John shrugged his shoulders as he looked from Bill to the crowd and back again. 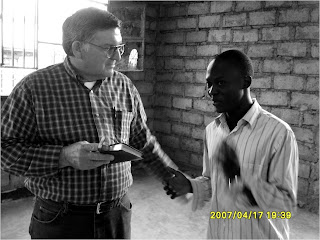 I’ve heard the “if you can’t preach… wood’s wet” all of my life in a hundred and eight sermons, but it just doesn’t translate well into either Swahili or Volcanic rock-dominated eastern Congo culture.

Finally, Bill gave up. He preached a wonderful sermon to the church. It was expertly interpreted by John and the best interpreter of all, the Holy Spirit.

We all laughed about the translation misunderstanding.
It can happen to anyone.
Just ask Hillary Clinton.